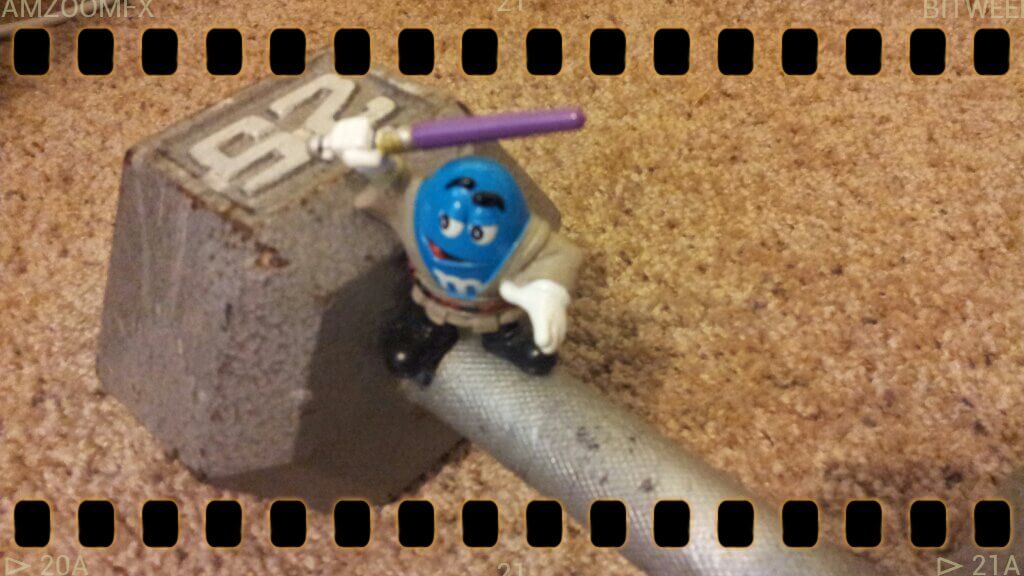 Now that we’ve talked about the difference between Fitness and Weight Loss, you’re ready to tackle the big issue: What motivates you? Why do you want to lose weight and get fit?

For me, motivation was three-sided:

Yours may be similar or different, but you need to find out what’s going to push you forward. Below, I’ve outlined some of the most basic reasons to live a healthier life.

Honestly, I don’t think there should be a greater motivator than health. The more overweight you are, the more at-risk you are for certain conditions. I’m sure you’ve heard about the risks of diabetes and heart attacks until you’re ready to scream. You’ve probably had them beaten into your head so often that you tune anyone out who says it.

But that doesn’t make obesity any less dangerous.

And don’t forget about lesser-known risks, too. Have you thought about blood clots? If you regularly sit for extended periods of time–you know, like playing D&D or maybe raiding in an MMO or hopping on PSN or Xbox Live to pwn some noobs at night–you’re at risk for a blood clot forming and moving into your lung or brain. I have a close friend who developed clots from just that kind of lifestyle. It really sucks for him, and his whole life has been affected.

Even minimal activity and changes in lifestyle can have drastic effects on your health. In ways you probably haven’t even thought about before.

Do you want to be prettier? Do you want the ladies to swoon over your muscles, or the boys to ogle over your midriff? Not saying that big isn’t beautiful, but in general, the healthier and fitter you are, the more attractive you will be–both to yourself and to others.

And there’s nothing out there saying geeks and nerds can’t be in shape!

I mean, take Vin Diesel for instance. Whether or not you personally find him attractive, the man is in fan-freaking-tastic shape. Why do I bring that up? Because he’s an ubergeek, too. If he can play D&D for 25 years and have pecs like that, what’s keeping the rest of us from it?

Hollywood is shallow, and they don’t typically let out-of-shape people in the limelight. The chunkier you are, the more likely that you’re shoved in the “best friend” role, if you get cast at all. So if your dream is to be a big-name movie star, playing your favorite superhero’s alter-ego on the big screen, then you’d better put down those Cheetos right now, orange-fingers.

In all seriousness, though, I can vouch for how much more seriously I’m taken professionally now than I’m thinner. People react to round folk differently. It’s not fair, but it’s the truth. If you want to succeed, the only big thing about you needs to be your dreams.

There’s nothing wrong with working on being fit if all you want is just to feel better all the time. To have more energy, more get-up-and-go. To just be in a better mood.

I know you’ve heard it before a thousand times and rolled your eyes just as often, but when you get into an exercise routine and hit your stride, you stop feeling so worn-out and beat-up. It just takes a while.

Running will energize you so you can last through that marathon D&D session. Lifting will help you clear your mind so you can figure out how to finally beat Carl down at the shop in Warhammer 40k. Or maybe you’ll be so calm from doing yoga three times a week that when your little brother tells you for the umpteen-thousandth time that Superman can beat up Batman, that you’re not going to strangle him.

No, I’m not talking about appearance here. I’m talking about good, old-fashioned, I’m better than you. It’s not talked about that much, but there is a bit of narcissism attached to getting into shape.

Being able to look at someone and know you can outrun, outlift, outdo that person is priceless. Not to mention that walking into a gaming/comic shop and obviously being the only person there with a flat stomach comes as its own reward.

And you can’t deny that there would be nothing more flattering than being able to tell someone, in the same conversation, that you run 4 miles every morning and that you have a Darth Vader lightsaber replica signed by James Earl Jones. I dare you to tell me that wouldn’t make every drop of sweat worth it.

Now, your motivators might not fall into these simple categories. They may very well be more complex than anything I’ve outlined here. I hope they are. But I hope that you see the kinds of things you can use to keep yourself going.

So think about your lifestyle as it is right now, and think about how you want it to be. Now, think about what it would take to get from here to there.

Now, write it down. Tell someone. Make sure that you verbalize and be specific. None of this “I want to not be fat” or “I want to be able to run.” Speaking form experience, those kinds of sentences aren’t motivating. They are as empty as most of the calories you eat.

Go for something with some substance, something that will last. Something like “I don’t want to have a heart attack when I’m 48 like my dad” is pretty freaking motivating. See the difference?

If you can do that, if you can narrow down something specific to motivate you to get fit, then honestly, the hard part is done. Really. I mean it.

It took me 27 years to find that motivation, and 2 years to change my life for the better.

So what motivates you? What’s your first step on your quest into fitness?

CONGRATULATIONS! YOU HAVE COMPLETED PART 2 OF YOUR FITNESS QUEST! PLEASE CLICK HERE TO ACCEPT: Your Fitness Quest, Part 3 – Unlearn What You Have Learned